A Stop on the Underground Railroad

My last blog post dealt with ancestors in my family tree known to have held enslaved people during the early years in America.  This blog post turns the coin and gives a story of another family branch known to actively work to provide escaped slaves a path to freedom in the mid-1800’s.  For many who escaped slavery, Maine was near the end of the road to freedom before they reached Canada, but it was also a last chance for those in pursuit to block their path to freedom.

Sympathizers throughout the country included Baptists, Quakers, Shakers and Masons, many of which became involved in aiding enslaved people running to escape their bondage.  Laws requiring the return of slaves, and rewards offered by southern owners, created a society of assistance which required navigating with secrecy and extreme caution.

Many in Maine joined forces and developed a system of safe houses and routes to help escaped slaves heading toward freedom in Canada complete the last leg of their dangerous trip.  The Underground Railroad was a secret system of linked individuals and safehouses that assisted the travel of the people who had escaped slavery travel northwards towards safety.

In the Brunswick and Topsham areas of Maine, however, parts of the Underground Railroad were actually underground.  Both communities had a network of tunnels that were constructed of red brick paving, side walls that were up to 5 feet wide, and arched ceilings.  The tunnels linked several of the safe houses in each community and facilitated the passage of many either on foot or by small wagon.  Many of those fleeing slavery arrived by boat and were then put into a safehouse and/or used the tunnel network until arrangements were made for the next step of the journey.

As antislavery groups formed in communities, they often included influential residents that became deeply involved in the Underground Railroad.  The tunnels built in Topsham connected about five of the homes or properties of wealthy individuals.  Other homes were also used as safehouses in the area.  A number of homes belonging to members of the local Antislavery Society were even remodeled with hidden places and passages to allow hiding spaces and accommodations for those in need. 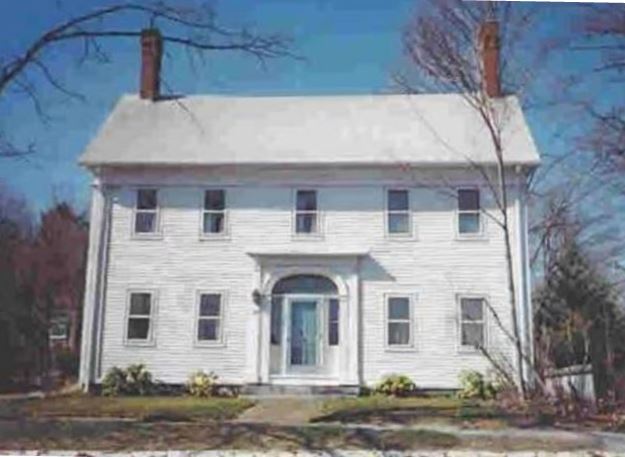 One of the safehouses located in Topsham was the home of David Scribner, my 2nd great grandfather, located at 20 Elm Street.   By 1830, David was a Deacon of the Topsham Baptist Church and later became a Vice President of the Topsham Antislavery Society formally established in 1838.

David Scribner achieved success in business as a part owner in both a grain company and a lumber mill.  David also served one term as a representative in the Maine Legislature from 1838-1841.  As a Deacon of the Topsham Baptist Church for over 60 years, David was commonly known as Deacon David or Deacon Scribner for most of his life. 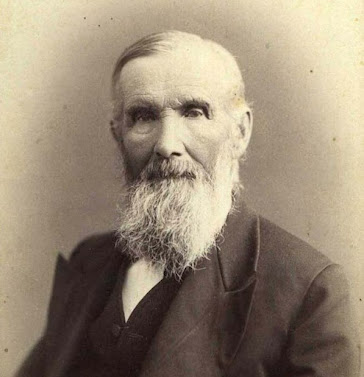 David was born in 1795.  His father, Edward Scribner, died in 1804 at the age of 37 after serving in the Revolutionary War.  David was only nine years old at the time, the only son, and the eldest of 5 children.  There was no time for him to attend school but he worked hard to continue his education through books for the rest of his life.  David married Islethera Howland in 1821 with whom he had 7 children before her death.  David later married a widow, Mary Ann Quint Whittemore and they had another 2 children.  Deacon David Scribner died in Topsham, Maine in 1890 at 94 years of age.

As you can expect, having ancestors who participated in the unjust system of slavery during our history is an emotional and distressing topic.  Slavery is part of our country’s dark history, and genealogical research will find those connections in the early history of many American families.  Doing so can be an impetus to face difficult truths about some of our early ancestors.  It is difficult to infer from our current vantage point what motivated the decision to enslave people.  Geography, religious beliefs, wealth and ownership of land all clearly had some effect, but were not always clear determinants.

Naturally, we would much rather discover that our ancestors supported freedom for enslaved people than subjugation.  I have traced ancestors of mine which fall into both categories, and continue to grapple with this uncomfortable legacy in my ancestry.  In this blog post, I will share the story of one line of my family tree that held enslaved people through several generations.  And in my next blog post, I will share the story of another family among my direct ancestors that took an active role with the Underground Railroad effort to help slaves find freedom.

I begin with the Hall family who lived near Baltimore, Maryland.  According to one book “John Hall was transported from England in 1640.”  I don’t know whether he was “transported” to America willingly or by agreement.  In any case, it is known that John Hall was transported to Baltimore by Robert Paca.  And it is likely that Robert Paca paid for John’s passage in exchange for indenture, work or a settlement agreement.  In 1657, Lord Baltimore granted Robert Paca about 490 acres of land located near the Chesapeake Bay.  Several years later in 1663, Robert Paca granted a portion of that property to John Hall (1st generation).

Slave ownership in the Hall family began in the early years of colonial settlement in our country, as indicated by the will of John Hall’s first son, also named John Hall (2nd gen) in 1737.   His will includes several paragraphs that detail the division of land and property among his children, including a paragraph that itemized household slaves named Rachall, Jenny, Hanah and Maria bequeathing them to different members of his family.

A son of John Hall (2nd gen), named Aquilla Hall (3rd gen), died young, at age 29 in 1728, at the hand of one of his slaves who had previously escaped.  The news story written at the time appeared in the Maryland Gazette newspaper.

Annapolis, Dec, 31.  There is a Report in Town, that Mr. Aquilla Hall, of Baltimore County, was unfortunately shot to Death on Christmas-Day in the Morning, as he was walking in his Orchard, by one of his Negroes, who had been run away some Time before; and lay in Ambush to execute this barbarous Murder; since which he has made his Escape.  It seems this was not the first Time this Villian had attempted his Master’s Life, having before struck at him with an Ax, which cut him over the Eye-brow, and had certainly split his Skull, if he had not suddenly mov’d his Head.

In 1768, the will of one of Aquilla’s (3rd gen) sons, named again John Hall (4th gen), also mentions enslaved women named Bett and Puriah, and men called Jack and Vallentine.  A little over a decade later, the first Federal Census in 1790 shows an Aquilla Hall of Baltimore, likely Aquila Hall Junr (5th gen) the son of the John Hall (4th gen) named above, with 35 enslaved people.

Times were beginning to change however, because in the 1815 will of Aquila Hall Junr (5th gen) we find a great deal of discussion about the disposition of those he enslaved, and also granting freedom to many after they reached 30 years of age:

“I give and bequeath unto my said wife during her natural life the following slaves with their Increase to Wit.  London, Luke, Frank, Dick, Abraham, Charles son of London, and Henry.  Also Esther, Fan, Dinah Ann and Bill son of Bet and after decease of my said wife my will is that any of the above slaves who may be above thirty years of age according to the schedule hereunto annexed should be immediately free except London and such as have not arrived to the age of thirty one shall serve until they arrive to the above ages.  And as the Issue of some of the above slaves may be under thirty years of age my will is that they and their issue shall serve until the age of thirty one respectively and then be free with their respective Issue.

As for old London above devised to my wife my will is that after her decease he be allowed the House where Flora now lives and the use of as much ground about the house as he can cultivate as also the Orchard and underwood for firewood during his natural life as also two cows, four ewes, one sow and an old Horse such as my Executors shall direct and that he be allowed forty dollars per year during his life to be paid him out of my son Walter Tolly Halls part of my said Estate

Of note, Aquila Hall Junr (5th gen) required that upon the death of his wife, that the enslaved man named Old London would receive a home, farm and income for life, what is known as a life-estate.  There is certainly a great story there, if only we knew it.

While I haven’t looked into slaves held by the other children of the above noted Aquila Hall Junr (5th gen), I have looked into records for his daughter, Susan Hall Hale (6th gen) and her husband, Henry Hale, my 3rd great grandparents.  In the 1820 Federal Census, the family of Henry Hale shows 7 enslaved people; the 1830 Census shows 4; and the 1840 Census shows 4.  And one year later, Henry Hale’s 1841 estate inventory mentions 2:

My 3rd great grandmother, Susan Hall Hale, lived with one of her sons after the death of her husband, Henry Hale in 1841, and until her death in 1858.  That household showed 2 enslaved people in the 1850 Census Slave Schedule:  1 female that was noted to be 113 years old, and 1 male that was noted to be 75 years old.  Due to their age, I expect that they were being taken care of by the family.

By the 1860 Census, just prior to the beginning of the Civil War, there were no records of any enslaved people in the Hall/Hale branch of the family tree.

I apologize for the abundance of John Hall’s and Aquilla/Aquila Hall’s in this blog post, as I know that it makes it difficult to read.  However, it was an era when families would often use and reuse the same names, as did many cousins, aunts and uncles, which can be a real challenge for a genealogist. The immigrant, and first John Hall, is my 8th great grandfather, and so on down to Susan Hall Hale who was my 3rd great grandmother.

And Aquila Hall Junr (5th gen) (1750 – 1815) was a signer of the Bush Declaration, a resolution adopted on March 22, 1775 in Harford, Maryland, declaring support for the Patriot cause at the beginning of the American Revolution. [see July 3, 2020 blog post, "Path to Independence"]

My next blog post will be the story of another branch of my family that was involved in anti-slavery efforts including the Underground Railroad in Maine assisting slaves in route to Canada for their freedom in the mid-1800's.