An Artist in the Family

My last blog was about a somewhat recent time, that of my parents' generation, and included some of my memories when I was young.  I think I will stay with that time period for this blog post as well.

I was blessed with a diverse and loving extended family, however since we were a military family we never really lived near family members.  We mostly saw aunts, uncles & cousins on vacations and special visits.  My Aunt Jeanne, one of my father’s two older sisters, was quite talented and I would have loved living near her just to soak up some of her vitality and interest in art.  It seemed to me when I was young that she could do anything. 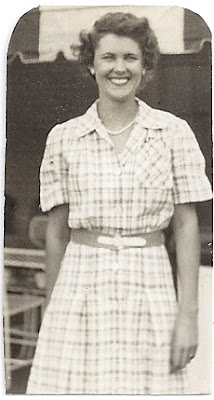 Jean Marie Scribner was born in Brooklyn in 1921.  She began spelling her name as Jeanne, however, as a young adult.  She grew up mostly in Huntington, Long Island and attended the New Jersey College for Women (later to become the Douglass Residential College - Rutgers University).  After college she worked for Good Housekeeping and later became an editor for the Ladies’ Home Journal of New York.  In 1949, Jeanne married Thomas Harrell Cashin and the family grew with the addition of their three boys.

With boys in the family to keep up with, it is no surprise that Jeanne was athletic.  I remember her as tall and very statuesque.  Family holidays were often spent swimming in the summer and skiing in the winter.  And Jeanne could usually be found on the tennis court year round.

I don’t know when Jeanne developed her interest in art, but she was always busy with crafts and projects.  In addition to her passion for watercolor painting, Jeanne also worked some with oil paint, and she also designed and created lovely silver jewelry.  I have found several stories in newspaper archives about art shows noting that Jeanne showed her watercolor paintings in the 1960’s and 1970’s.

Below, I will share some of the artwork that Jeanne Cashin created that presently belong to various members of the Cashin and Scribner families.  Included are paintings, a couple of her Christmas cards, and several of her silverwork pieces. 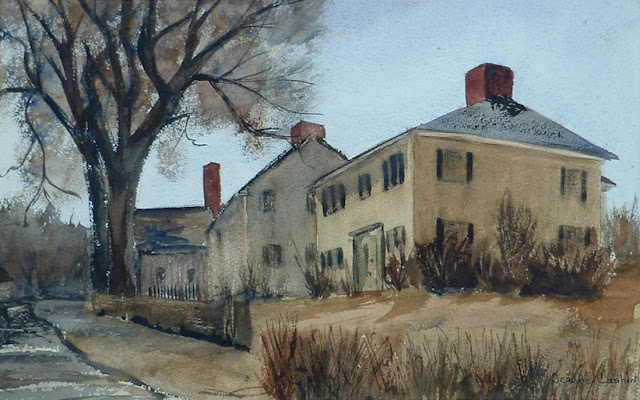 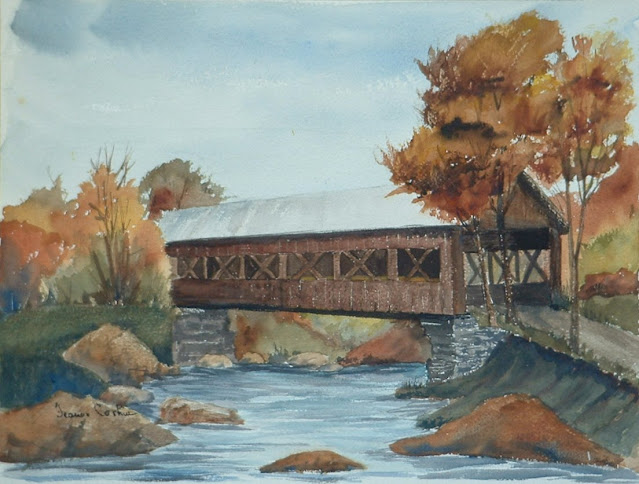 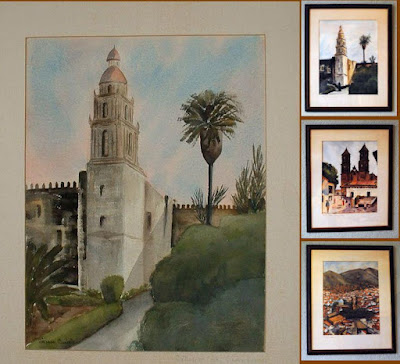 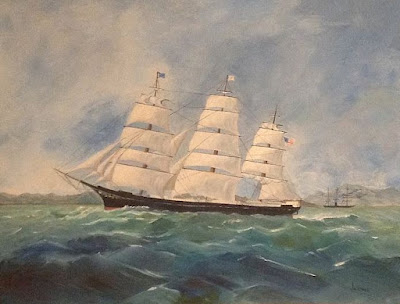 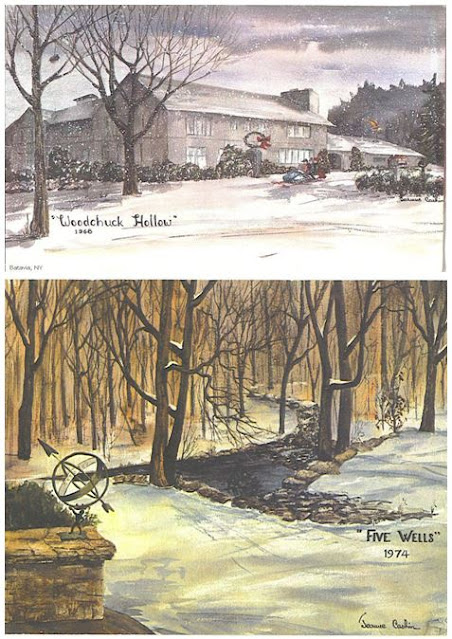 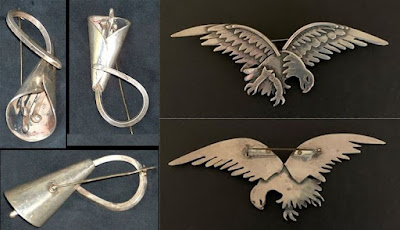 Aunt Jeanne died in 1981 after a lengthy illness.  I wish I had had more time with her.

One of my memories of Aunt Jeanne was that during one of her visits to our home in New Mexico, she would occasionally pull out her knitting as a pastime.  And during that visit she took the time to teach me the basics of knitting.  Then after she went back to New York, I got a package from her with a lot of puffy pale yellow yarn and the knitting instructions to make a sweater.  And yes, I did make that sweater and was quite proud of myself, though I seldom wore it because I thought it made me look heavy at a time when Twiggy was the ideal!

It seems that artistic talent might run hit-or-miss in our family.  Jeanne’s oldest son is quite talented with his ability to carve and sculpture in stone.  And one of my brothers also has an artistic talent and love for making silver jewelry.

In recent years, I have begun to experiment with watercolor painting, and while not as talented as my Aunt Jeanne, I often wish that I could turn to her for help with that.  Inspired by her, I have borrowed Aunt Jeanne’s idea of incorporating her watercolor work each year in her Christmas cards.  And, I have enjoyed using my own watercolor art on our family Christmas cards for several years now.