The Grandfather I Never Knew

I’ve decided to stay with the family of my Scribner paternal grandparents for the next couple of blog posts.  My paternal grandfather died before my parents even met, thus I never knew him at all.  But I do know about him and will share some of that in this blog post.  Henry Dickinson Scribner, known as Harry, was born in the Mystic area of New London, Connecticut in 1880, probably at the home of his widowed grandmother, Mary Ann Brown Dickinson Hale.

After the loss of young Wallace, the family grew with the subsequent addition of two sisters Mary and Ella.  For the first 12 years of Harry’s life, Virginia and the children accompanied Captain David on his clipper ship voyages, also spending time with grandparents in Maine and Connecticut between trips.  The trade routes at the time were mostly between New York and San Francisco going south around the Cape Horn of South America. 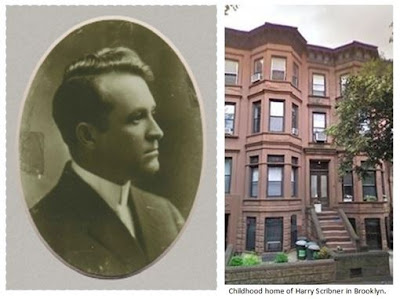 In the 1890’s the decision was made to settle the family in Brooklyn, New York mostly so that Harry could begin formal schooling.  The family eventually moved to a brownstone home on Garfield Street in Brooklyn in 1894, and New York became the home port for Harry’s father, Captain David A Scribner.

As a young man, Harry attended the Brooklyn Polytechnic Institute where he studied to become an electrical engineer.  He worked for New York Telephone Company for 40 years, as a Vice President in his later years.

Henry Dickinson Scribner married Theresa Eugenia Gordon in 1912.  They lived first in Brooklyn, and then in 1929 the family moved to a new home in Huntington, Long Island.  Harry & Jean had three children – two daughters, Virginia and Jeanne, and a son Robert.  The children were all born in Brooklyn, and later Long Island became home. 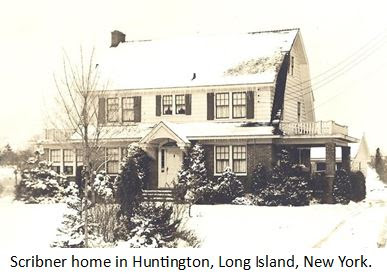 My dad told the story that his father would bring home and install another telephone whenever a new model was introduced that he liked.  He said that they probably had a dozen phones in their house, at least one in each room!  One day when my dad was looking at the above photo of their home, he pointed out that there were lots of telephone wires running to the house.  As a benefit of Harry’s employment, the Scribner family didn’t have to pay for phones or phone service.  Even long distance calls which were quite expensive were free for the family, and that benefit continued for many years after Harry’s death until his wife, Jean, also passed on.

Harry Scribner had many interests. He was very active with local scouting organizations.  And he enjoyed sailing, boat building and playing tennis, as well.  Harry even built a clay tennis court in the back of their home in Long Island.

Harry was an avid photographer and was involved with both the Huntington and the Brooklyn Camera Clubs.  Several of his photos were even recognized at camera competitions, and at least one was accepted and hung in the Annual Exhibition at the Brooklyn Institute of Arts and Sciences in 1930.  Several of his photographic prints from that time have been kept in the family, I’ll share a few: 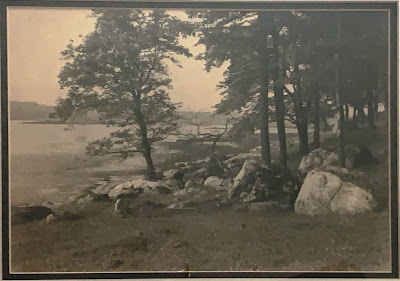 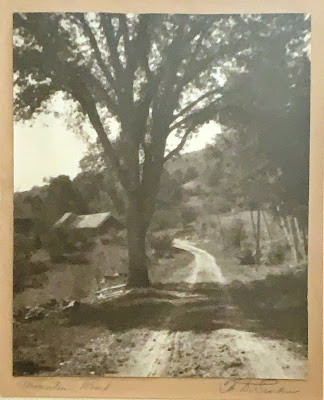 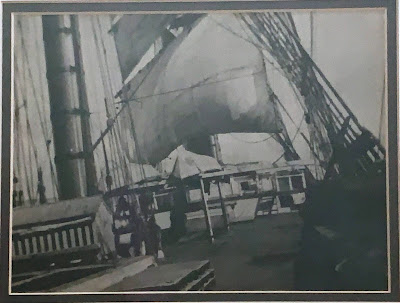 The son of a mariner, Harry always retained his love for the sea and frequently enjoyed sailing small boats and yachts.  My Dad remembers helping his father build 14-foot catboat in the cellar of the Long Island house when he was young.  According to my Dad, “It was built out of oak ribs and cypress planking, and believe me it was heavy. After it was built in one winter and caulked, we hoisted it out of the cellar by block and tackle.  We were lucky that our back door was opposite the cellar door so it was a straight shot outside after we had removed all the trim around the doors.  We almost had to grease it to get it through the doors.”  Harry shared his love for boating and the sea with all of his children, and they loved it as well. 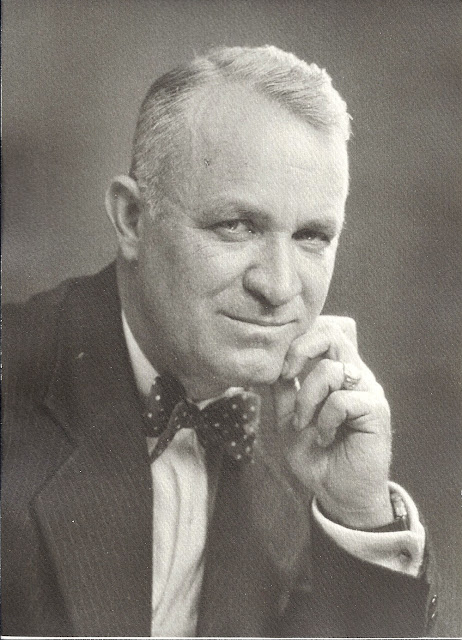 Henry Dickinson Scribner died unexpectedly from a heart attack at 62 years of age when my Dad was only 19 years old.  Harry died before any of his 10 grandchildren were born, and I believe before he retired from New York Telephone.